Tim Leffel is one of the interesting members of the travel community. A travel value and destinations expert often quoted by major media outlets, he is president of a diversified web publishing company, as well as an accomplished author, editor and publisher. As a traveling on a budget guru, Tim has authored and updated The World’s Cheapest Destinations and is editor of Perceptive Travel Webzine as well as Practical Travel Gear. Working with countless bloggers, dozens of freelance contributors as well as publishing from various continents, he is a force in the world of travel, living life on his own terms and writing about it. Read his story – see what he has to say. Perhaps he will inspire you to bring the gift of travel more to the forefront of your life in a way that works for you. 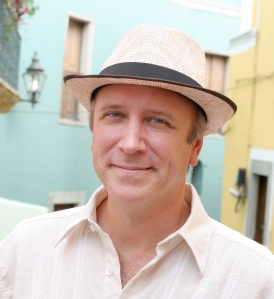 1.When did you get started traveling? Kind of late actually, after being in the working world for nine years first after college. But I made up for lost time after that when my now-wife and I spent three out of the next four years backpacking around the world and teaching English abroad.

2.What made you decide make the jump to a location independent/travel-based existence? I realized how boring the typical career path life is, how years end up going by with nothing out of the ordinary to show for it. Whereas when you travel or live abroad, your senses are all so much more stimulated. So I resolved to put up with the boring when necessary (like when we had a child), but to leave it behind when not. We traveled on long trips with my daughter from age 3 on, going to Guatemala, Mexico, Canada, and Costa Rica. As soon as we felt our daughter was old enough, we moved to Mexico for the first time. Two years ago we spent three weeks in Southeast Asia. To me this kind of life feels more natural than commuting to an office and doing the same thing week in and week out.

In Bulgaria with local women

3.What benefits do you feel you get from this new lifestyle? How do you handle the nay-sayers in your life? I have a book coming out soon called A Better Life for Half the Price and that title is what really sums it up for me. I live in a country that’s cheaper than the U.S., has better and more affordable health care for the average person, and where people are focused on enjoying life more than working non-stop and collecting more stuff. I’m healthier, less stressed, financially better off, and happier. I don’t expect the naysayers to understand and have no interest in trying to convert them. We’re all brainwashed from an early age that the path to success is to regurgitate facts in school, get a college degree, and get a good job from a big company, even though that path was only a really reliable one for a few decades. It’s not a reliable path anymore in most developed countries, but most people haven’t figured out that there’s a better way. The expatriate population of Americans is supposedly larger than the population of Connecticut, however, so it’s certainly not a radical idea anymore to go look for a better life outside the home borders. There are, by some estimates, a million Americans living at least part of the year in Mexico, plus a lot of Canadians too. You’ve got loads more throughout Latin America, in Southeast Asia, and elsewhere.

4.How did you save money to be able to afford living ‘on the road’/moving countries/travelling often? How long did it take you to make the jump to a location independent/travel-based life? When I backpacked around the world for a few years at first we lived on savings and some occasional freelance travel writing income. That’s not hard since you can travel around the world for a small fraction of what you spend every month on just getting by in the U.S., Canada, or Europe. It’s no sweat to travel on $1,000 to $1,500 a month if you do it right. But we also taught English in Turkey and South Korea. The former paid our living expenses, the latter allowed us to save quite a bit since we were working there for more than a year. Now I’m a full-time travel writer and editor though, so I’m a location independent person. Most of my income is from my own travel publishing business (AlCentroMedia.com), so as long as I have my laptop I can work from anywhere with a decent internet connection.

Mexico with my daughter and a friend

5.How do you choose your destinations and for how long you’ll stay? What type of accommodations do you typically choose? Are there any specific resources you recommend? I have a school-age daughter and two aging parents, so for now I don’t want to get too far away. So I have a home in Mexico that I own and we live there much of the time. After my daughter goes off to college though, who knows? There are a zillion resources out there for separating the good matches from the bad and my book out soon will be another great one. Really though, there’s no substitute for traveling and figuring out which places you love, then giving them a true trial run. A place that looks great on paper can end up being a terrible match in reality. And places that are great for a one-week vacation may be terrible as a place to live for years on end.

6.How much money do you traditionally need annually to support this lifestyle? We spend a shade over $2,000 a month in central Mexico for all living expenses, counting things we’re still buying and upgrading in our house we own outright. We spent about the same amount when we rented for a year before buying. This $2,000, by the way, is what we spent on rent alone in Tampa, Florida to be in a good school district and nearly everything we spend money on here is cheaper. Plus we don’t need a car or domestic health insurance. I’ve interviewed couples getting by on a good bit less though, some under $1,ooo a month in places as diverse as Vietnam, Thailand, Hungary, Argentina, and Panama. I’ve talked to digital nomads who go somewhere different every three months who spend $1,500 a month or less including all their flights.

7.How do you make money on the road and save for retirement? I do the same job living abroad as I do living in the USA, so it makes no difference for me. My income is the same: it’s my expenses that plummet when I leave. 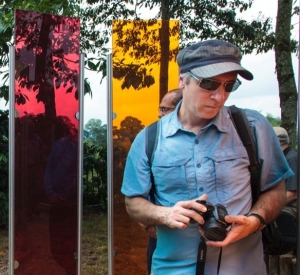 8.How do you handle visas, vaccinations, legal documents/passports, taxes and healthcare while living without a home base/an ever-changing one/or a new one? I do have a home base in Mexico and am a legal resident. The first time we came for a year we just did tourist visas. In many countries of the world you can stay short-term very easily for three or six months. Longer than that you usually just have to go through the gauntlet of bureaucracy and pay some money. It’s not insurmountable—many before you have gotten it done—it just requires patience. Taxes are only usually an issue if you work locally. Vaccinations are only an issue in places that require a certain one, like a yellow fever vaccination. Any expat message board or good guidebook on the country can answer all the specifics.

9.If you decide to settle somewhere – where and when do you think it will be? Since I own a home in central Mexico, that will continue to be our main home base. But eventually I envision a life where we’re six months in Argentina, then back to Mexico, three months in Portugal, then maybe three months in Thailand. Who knows? It’s not that hard if you have a bit of savings or a pension to make the whole world your home.

10.What advice do you have for others trying to make the jump to a location independent/ travel-friendly lifestyle? Go traveling in a slow manner, staying in one place for weeks or months, acting like a local. That will lower your expenses and also help you try on this life for size. Naturally if you can set up a job or business you can do from anywhere, that makes it much easier. Otherwise you’re at the mercy of the local job market and lose the ability to earn in a “rich” country and spend in a less rich one.

Cooking class with the family in Bangkok

**If traveling with children on the road:

1.How do you manage the education of your children? My daughter is enrolled in a local middle school after being at at elementary school before. Both are private, which runs about $300 a month here. Where we live there is no English language option, so she got fluent in a hurry. In a big city or a place with lots of foreigners there would be more bilingual or international school options.

2.How do they feel being world travelers and moving from place to place regularly? My daughter is not always thrilled with it, but her future prospects are much better because she’s fully bilingual. We go back and forth though, so she gets the best of both worlds. Kids adapt very quickly usually, especially if they’re the types that make friends easily.

3.What do you think they gain from living life this way as opposed to a ‘traditional upbringing’? They see that a consumer-driven, overworked society is not the only way to function, that’s it’s actually unusual once you start traveling or living elsewhere. They get exposed to other cultures, other religions, other traditions, which keeps them from being close-minded. They also see that many kids aren’t nearly as well-off as they are, which hopefully gives them a little humility and appreciation for the good fortune of being born in a developed country with parents who care.

4.How has location independent living changed your family dynamics? We spend a good bit of time together, especially since I work in a home office when I’m not traveling for my job, and we’ve been able to face obstacles and strange experiences as a team. My wife and I are more relaxed and happy when we’re outside the U.S. because we don’t need as much money and we don’t have to stress about how to pay for routine doctor and dentist visits.

5.How do you feel this lifestyle will help your children in their future? No matter what field my daughter goes into, her options will be much greater since she speaks two languages and has been able to adapt to living abroad. She’ll also be less tied down to a specific geography because of spending her whole life there and will be more open to exciting, interesting adventures.

To find out more about Tim Leffel check out his website.

RSS Links to The Gift of Travel

lessons, joys and laughs in baby making, motherhood and life...

the world is our playground

job searching can get sticky, but your dream job will be sweet

Everything about travel rewards programs and better travel.

Education and Adventure for Everyone

The incredibly true misadventures of a home gardener.